Find a planar graph all of whose faces (including the outer face) are all quadrilaterals. Possible choices include the square, the cube, \( K_{2,n} \), etc. (All such graphs are bipartite, a fact that will be useful below.) Turn it into a maximal planar graph by adding a new vertex inside each face, connected to all the vertices of the face. For instance, doing this to a cube produces a tetrakis cube, whose graph I've written about previously here. So for short, let's call the result of this construction a "tetrakis graph". 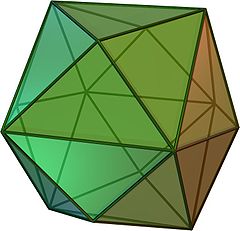 It turns out that every tetrakis graph is a perfect graph, a graph for which the clique number of each induced subgraph equals its chromatic number. If the induced subgraph contains a triangle, or is independent, this is obvious, so the only interesting cases are the triangle-free induced subgraphs. They have clique number two so we need to check that they have chromatic number two. But the underlying quadrilateral-faced graph is always 2-colorable, and if there are no triangles then each of the added vertices that remains in the subgraph can only have neighbors of one color in this 2-coloring.

So now the question is: is a non-tetrahedral perfect maximal planar graph without any separating triangles and without any two-colored separating quadrilaterals (in the unique 3-coloring of the graph) necessarily tetrakis?