We recently redid our front yard, after spending too long with a boring flat weedy mostly-unused and water-thirsty lawn and after our neighbor took out the only part of it that we actually cared for, a liquidambar tree between our yards. This week’s WADS/CCCG conference, with its four-hour time difference from Pacific, gave me an excuse to catch it in the early morning light: 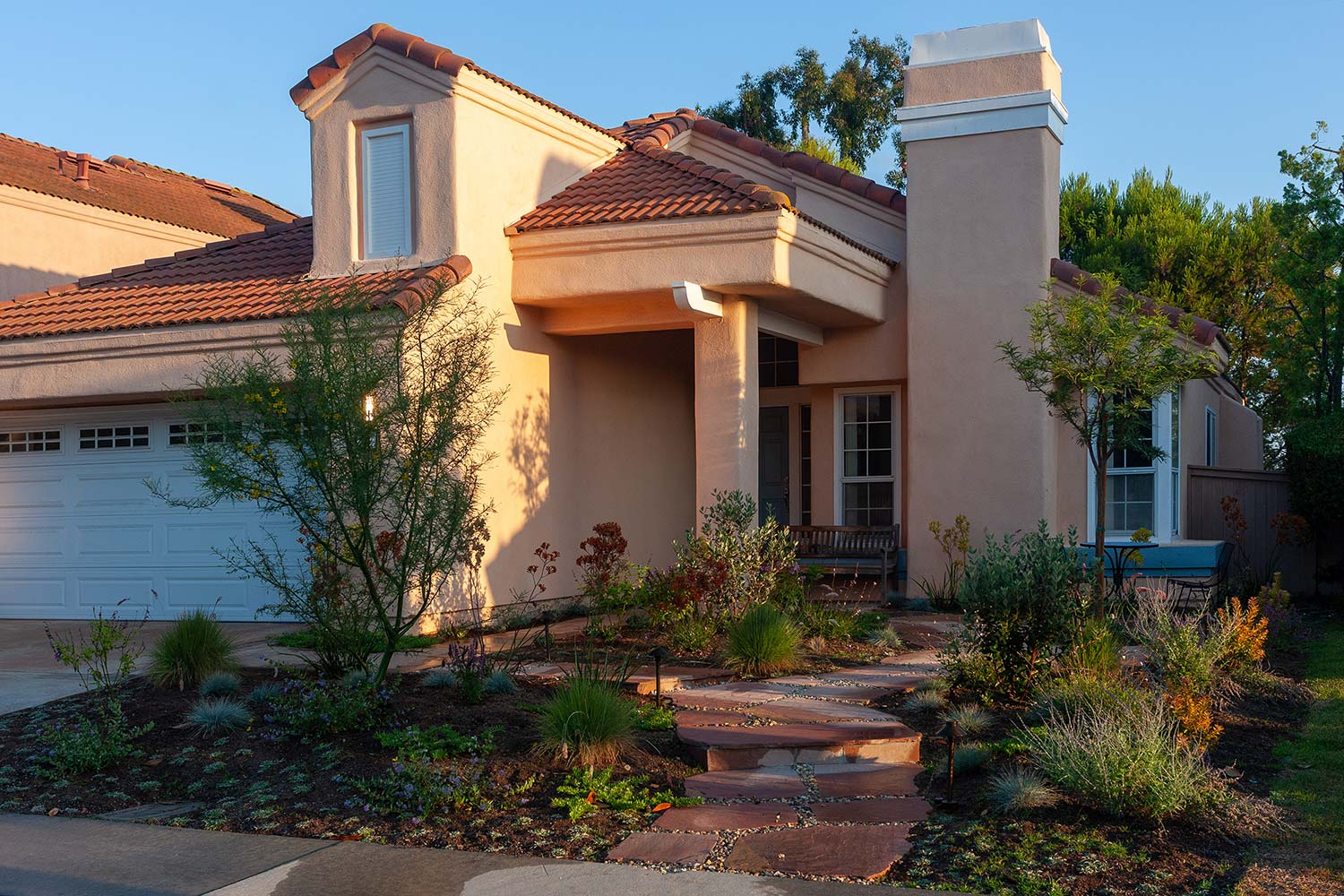 I don’t have a photo of the old front, so for comparison here’s a similar angle snagged from Google Street View. 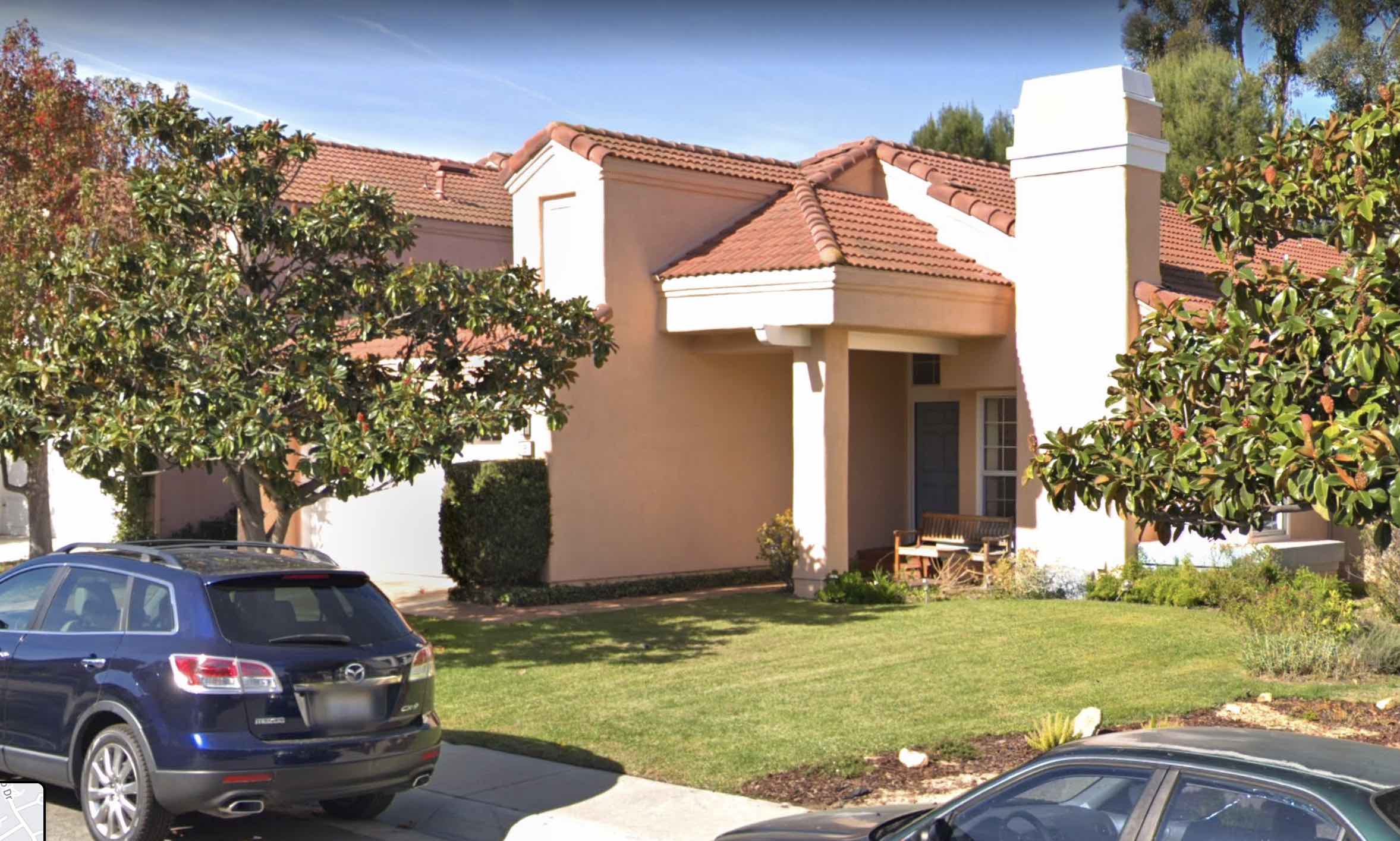 More for my own later benefit than because I imagine anyone else cares:

The frontmost tree is a palo verde; a neighbor across the street has a much bigger one, a little messy but quite pretty, especially when covered with its yellow flowers. The tree in the back corner with the blue bistro table under it is some kind of mesquite, I think maybe a black mesquite; the flagstone path makes a loop around it. The two tallest bushes, forming a quadrilateral with the two trees, are pineapple guavas / feijoas.

Behind the palo verde and against the house are some kangaroo paws. The closest medium-sized bush on the bottom right (and elsewhere) is Russian sage. There are also some butterfly bushes, and several other low bushes and flowers whose names I already lost track of or didn’t get. I think the tall bunchgrass may be a lomandra, and the low blue ones blue fescue.

Lining the path to the door is senecio / blue chalksticks, and there’s more of it around the base of the mesquite. The groundcover in front is dymondia / silver carpet (well, and some crabgrass and spurge, but let’s not count that), with some myoporum parvifolium behind it (the low spreading groundcover with white flowers); there’s more myoporum barely visible near the porch bench.

The neighbor ended up replacing the liquidambar (at the far left of the Street View shot) with a podocarpus henkelii and some bottlebrushes.