« Linear probing made easy Victory in the nymwars? »

But what really caught my attention in the paper was the style of graph drawing it uses. The paper includes illustrations of several graph-theoretic gadgets for completeness proofs, which it calls visages, and it draws them in such a way that they look like faces. At least until the last one, which has six eyes... 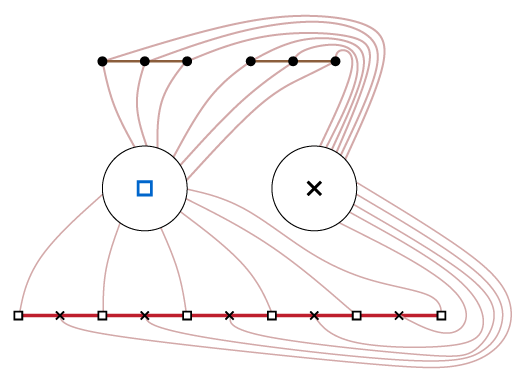 
that game was called SNAKE right? and it goes back further than 1990!


You're right, it's very similar and much older. http://en.wikipedia.org/wiki/Snake_(video_game)

Wikipedia tells me that another similar predecessor, Blockade, was an inspiration for the Tron light cycle game.