The image below is a topographic map of some parkland a couple miles from my house, clipped from opentopomap.org. 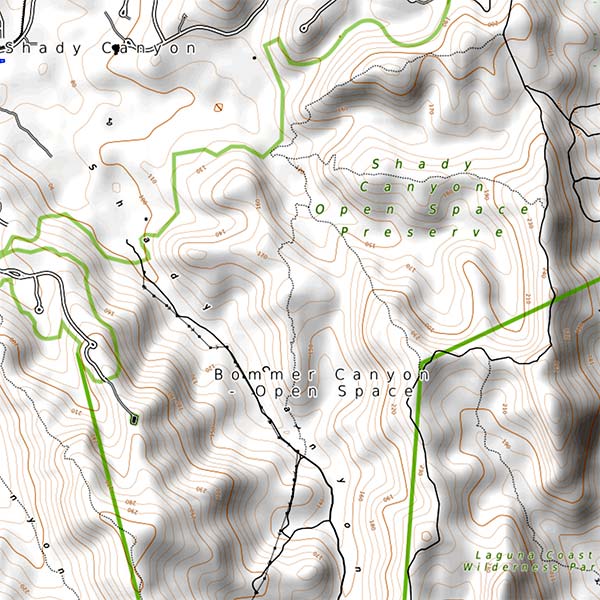 Here’s another picture of the same place that I took a few years ago. 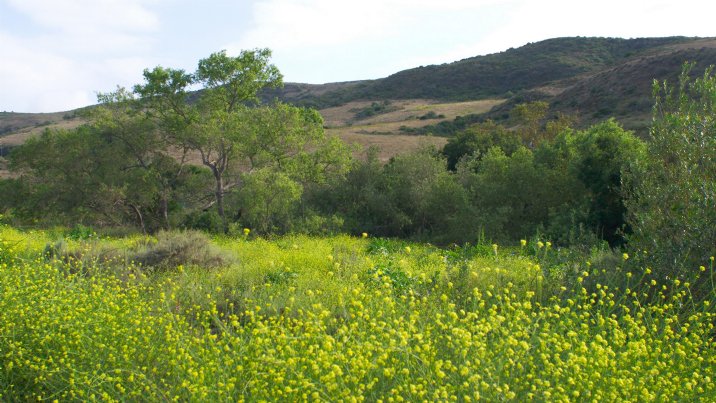 It’s pretty hilly there, as you can tell from the brown contour lines on the map, sets of points that are all at the same height as each other. Some contours are short closed curves. Typically these surround hilltops, although they could also mark basins in the landscape; it’s dry enough here that a basin wouldn’t necessarily stay filled with rainwater. Others wiggle around for quite a long distance before escaping the map and connecting to its surrounding regions. Some of them (including the darker brown curve surrounding a pair of hilltops in the upper left of the map) look like they cross or touch themselves at a saddle point of the landscape. This kind of point, where four or more branches of a contour meet, can indeed happen for a contour at the exact height of a saddle point, but a closeup inspection of the upper left one reveals that it has slightly lower height and is actually a single simple closed curve around both hills. It is also possible for contours to reach a dead end (for instance when they follow the top of a level ridgeline) or for an odd number of branches to meet at a junction.

It turns out that every possible landscape has a contour that stretches from one edge of the map to the opposite edge. To state this more precisely and avoid fractal difficulties, let’s model the landscape as a polyhedral terrain or triangulated irregular network, the graph of a piecewise-linear continuous function from a planar polygon \(p\) to the height at each point. Its level sets are inverse images of heights, and its contours are connected components of level sets. They might not actually be curves or lines; for instance a level plain in the landscape would belong to a single contour. Every contour touches the boundary of \(P\) in a (possibly empty) set of points, dividing the boundary into arcs. Then the existence of a long contour can be stated more explicitly: there is a contour such that all of these arcs have length at most half the perimeter of \(P\). If \(P\) is a rectangle or square, this long contour touches two opposite sides, possibly at their endpoints, because avoiding both a horizontal side and a vertical side would cause the arc containing those sides to be too long.

The proof sketch is not particularly difficult but I’ve indented it below so you can skip over it anyway:

(Exercise: Use this method to find a long contour in the topographic map.)

That was all very continuous and topological but I actually came to this problem from something much more discrete: If you color the squares of a chessboard with three colors, must there be some two of the three colors whose squares stretch all the way across the board, touching edge to edge? In contrast, with four colors you can make colorings where all two-color regions are small:

The four-coloring above is proper (no two adjacent squares have the same color) and I can use contours prove that every proper three-coloring has a two-colored region that stretches across the board.

The idea is, first, to turn any three-coloring of the chessboard squares into a discrete height function, one that takes integer values on each square and where these values differ by \(\pm 1\) on adjacent squares, so that the coloring can be recovered by taking the heights modulo three. I discussed this briefly in an earlier post about reconfiguring Miura-folded origami, with the following example:

Sadly, the same argument doesn’t work for improper three-colorings, because they don’t usually have height functions. More strongly, the property that we want to prove, the existence of large two-colored regions, is just not true of improper colorings. The improper coloring below can be extended to arbitrarily large chessboards, with all two-colored regions having at most 13 squares: