I've been working on a new Wikipedia article on Pythagorean tiling, the familiar repetitive pattern using squares of two different sizes depicted in this painting by the Dutch golden age artist Jacob Ochtervelt: 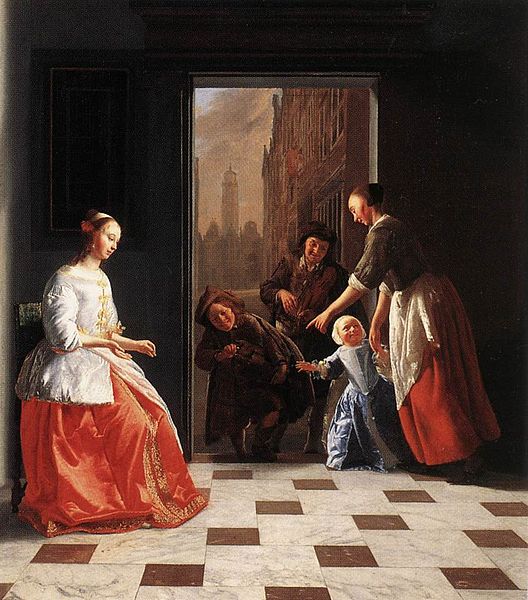 Along the way, I ran into an article by John Rigby about tilings that like this one have tiles that are all similar but not all congruent, but where (unlike with the square) it is not possible to tile the plane using only congruent copies of the same tile. I think there is a positive answer in this ten-year-old web page of mine on spiral tilings. But the tilings depicted there use tiles of infinitely many sizes, so a stricter interpretation of Rigby's question that asks whether there is a convex prototile that tiles using two different sizes but not with only one size remains open.

ETA: See Figure 3 of Danzer, Grünbaum and Shephard's 1982 Monthly paper for a pentagon that tiles the plane in two different sizes, but not in a single size.