Something I started doing over at Google+ that seems to have been well received there was to share links to new or newly-expanded Wikipedia articles (primarily the ones I'd worked on) about technical topics related to algorithms and combinatorics. I don't see a reason to stop doing that now that my G+ account is on hiatus, so anyway, here's another one, inspired by a recent question on the TCS Exchange: 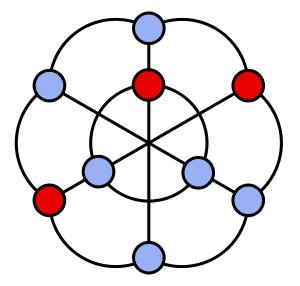 
It might be interesting to explore which "hard" graph problems remain hard on inputs which come from some easily-recognizable subset of well-covered graphs.

For example, for the Lexicographically First Maximal Independent Set problem, which is P-complete on general graphs, I believe the reduction (from the Circuit Value problem) could be modified to show the same for a class of graphs which are clearly well-covered. (I haven't checked the details, though.)


There's something of that flavor in one of the papers I didn't include in the Wikipedia article (I was trying to be selective rather than just summarizing all of the ~100 papers on the subject):

They look at four classes of graphs (well covered, very well covered, and two less natural classes in between) and show that they can be distinguished from each other by which of several problems are hard or easy on which classes.

As for LFMIS, I think the reduction from the general problem to the well-covered case by adding a degree-one neighbor to each vertex and putting those new neighbors last in the lexicographic ordering should work. But maybe it's just as easy to modify the original reduction as you say.